When It Comes to Researching and Pricing Plans for VoIP Phone Service, National Providers Expect Customers to Do All the Work

A Kansas City-based company in the professional services field was in the market for a new business phone service provider for many reasons. The company had been with their provider for many years, new phone features were available that they were missing out on, many of their team members were working remotely, and finally, there was a gnawing suspicion they were overpaying for very basic phone service and few features. Like it is for many businesses, the process of switching providers started off with researching and comparing companies, specifically available plans and pricing, as well as customer service. The company’s office manager created a list of must haves and wants then compared a local provider, sipVine, with some big national providers. Turned out, bigger isn’t always better.

The office manager had experience comparing business phone services. This most recent comparison proved much has changed since the company last switched providers. Over the course of a month, it became clear that national providers put the burden on customers to know exactly what services would work best for their office and choose an existing plan from the provider’s website. These sites created confusion when it came to understanding whether specific services or features would incur additional fees or if they were included. Talking to a sales representative or getting a call back was difficult, which was ironic given the cut-throat competition between phone service providers. Once the call back was received, it became a matter of dodging hard sells.

With all the options available today, business customers don’t necessarily know what they don’t know about VoIP phone service and plans, and national providers aren’t making it simple to find out. While national providers expect potential customers to do the brunt of the legwork, sipVine took a different approach. They asked the questions and were able to customize a phone plan to meet the company’s needs, which resulted in service and features that truly benefits and complements how their staff works. Had the company settled for a cookie-cutter plan available on national providers’ websites, the company’s new VoIP phone service would not be customized to their business. 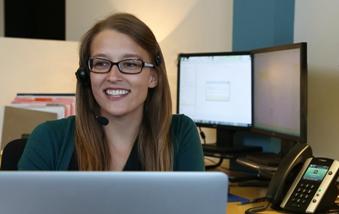 Like most searches for any kind of service provider, the company’s office manager started the search for a new VoIP small business phone service provider online. She found that most providers do have a page where she could find the packages they offer.

“The packages from big, national providers, like RingCentral, are laid out and labeled. However, I couldn’t be certain exactly which package would fit our needs. Adding to the confusion were features and which package included which features, plus determining installation fees, extra charges and more that drives up a monthly bill,” explains the company’s office manager. “I called the 800 number and left a message. After a week of not hearing back, I called again and was able to speak to a sales representative.”

As a starting point, there was no deviating from choosing one of the four packages the provider listed on its website. The office manager explained to the representative that she didn’t know much about phones, but she could tell him how many phones we need. She was hoping that might narrow it down to the package that makes most sense for the company. For 17 phones, she was told the Premium package was the best match, and she received a quote the following day.

Numbers and More Were Deceiving

The emailed quote offered a 20% discount on service, in addition to a 40% discount on VoIP phone rental. “Hold the phone. First, is that discount reflected in the quote or in addition to? Second, we rent phones? We don’t own them? I still had questions,” says the office manager. It was a week before the sales representative followed up.

At that point, she learned the VoIP phones ordered “would be loaded with features” prior to them being shipped to the company. However, it was up to her and her staff to program them, which doesn’t sound too difficult unless you learn programming a VoIP phone involves:

It’s likened to the cable company mailing you a cable box and leaving it to you to figure out how to tie into the cable line, program the box, the TV, the remote and connect to WiFi.

Mark Greim, sipVine’s VP of Marketing & Sales states, “Whenever we get customers that switch from a national provider, we’ve noticed that the phones they’re using haven’t been set up efficiently. That means users haven’t been getting all the benefits of the phone service. Usually, it’s because it was a do-it-yourself install, set up and program using instructions from a self-service portal, which is probably why we get a lot of customers who’ve chosen service from national providers and instantly regretted it.”

“The biggest difference in providers’ websites was that sipVine’s did a great job of not focusing on packages, but rather explaining services and features available. It was clear that they weren’t fitting customers into pre-determined packages,” says the office manager. “When I called sipVine to learn more, I immediately spoke to a sales representative who started with asking questions about what we needed, not just how many phones we wanted. In the end, I knew sipVine understood our business, how we communicate, and more importantly, how to give us phone service, features and phones that would we love.”

Here’s What One Phone Call Determined

This company is a small business, so the responsibility of answering phone calls usually fell on one person. An auto attendant with a staff directory alleviated that burden. The company also has remote employees, so having the option to make and receive calls as if you’re in the office was important. Also, rather than just having employee extensions, if each person had a direct dial number, clients could reach who they needed without going through the main system. This also allowed the staff to share their office direct dial numbers rather than personal cell phone numbers. Employees had to manually activate the afterhours message at the end of each day and remember to deactivate it each morning, as well as ensure clients received a message on holidays. With time of day routing and holiday scheduling, these tasks could be automated. Finally, in order to always be connected, the staff needed the ability to receive voicemails via text and email.

With the specifics nailed down, next came the matter of VoIP phones and pricing. With sipVine, the company would buy and own their phones, saving money over long-term rental phones with national providers. A sipVine representative discussed the options and helped select the right phones for the company. Since VoIP is a software technology, the phones themselves will serve the company’s needs and growth for years to come. sipVine’s “no surprise” pricing was straightforward, so the quote was spot on and exactly matches the monthly invoice.

Made the Right Call

In the end, the company selected sipVine as its new business phone service provider and installation and training were just as hands-on as the discovery phase.

“We’re not phone technicians. I cannot imagine how much time we would have spent setting up 17 phones, programming them and everything else that needed to happen to make them functional. Part of sipVine’s service is installation. The whole thing took less than two hours, and we were never without phone service,” says the office manager. “Plus, we were getting a lot of new features that we’d not had before. sipVine had a representative on site, training our team on how to use the new phones and features. Their representative walked us through everything. Plus, if we ever need help, sipVine acts as our phone department. One call to 7-HELP and one of their tech support professionals are on the line. We definitely made the right call, going with sipVine.”

Do Not Trust Business Phone Service to a Video Platform 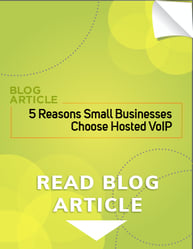 Let Us Build a Custom Solution for You!

"In the end, I knew sipVine understood our business, how we communicate, and more importantly, how to give us phone service, features and phones that would we love.”

Your Phone Provider Should be Your Phone Department

Start with the Initial Consultation