Should You Take Your Business Phone System When Relocating Offices?

Moving day, and there’s so much to consider.  If you have a Hosted VoIP phone system, the phone system decision is already made, as you simply pack up your phones and move them with you.  If you don’t have Hosted VoIP, now may be the perfect opportunity to make a change. 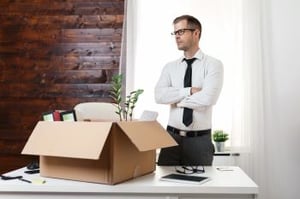 “Expiring contracts, analog system failure, and a move of the business absolutely make up the majority of the conversions we see from an analog system to Hosted VoIP,” states Robert Conner, CEO of sipVine, Inc.  “When businesses change locations, the coordination of the analog line move with their existing provider combined with the moving of the phone system alone is enough to force an evaluation of the alternatives.”  Making the move happen without any downtime is another challenge faced by small businesses moving a phone system.

Cost is also a driving factor.  The physical cost of moving an analog phone system and making sure the office wiring is in place to support analog phone connections may be higher than the outlay for VoIP phones in a hosted scenario.

With Hosted VoIP, there is no phone system at the customer location, as the system is resident with the Hosted VoIP provider.  The specifics of the customer’s call flow, auto attendant and phones are programmed and securely stored and maintained by the provider.  The business connects their VoIP phones to the program via the internet.  Thus, the only capital outlay is for the VoIP phones themselves.

Timing out the move is also another benefit of making the switch to Hosted VoIP, as there’s a number of flexible options to choose from to match the specific situation of the business move.  Businesses avoid any timing concerns by switching to VoIP prior to their actual move date.  As mentioned earlier, they simply need to take the phones with them, plug them in and not worry about the number port.  Businesses can move a handful of phones to the new location and have coverage at both locations while the move is happening.  They can have someone remain at the old location or even at home while the move takes place so calls continue to be answered.  Or, they can simply let the auto attendant answer and route calls, adding special messaging that it is move day and response may be delayed.  Finally, forwarding calls to a cell phone in the interim is also possible, but not ideal.

Businesses can take a more traditional approach to move day by installing phones at the new location as the move is taking place.  Leaving someone to staff the phones at the old location until the port to your new VoIP Phones is ready will ensure calls still are covered.  When ready, the number port is called in and calls begin coming in on the new phones.

There are many other things to worry about and coordinate when moving your business. Take the phone system out of the equation by switching to Hosted VoIP today!